Engine Management Light (What You Need To Know)

Chances are that your engine management light has come on in your car on at least one occasion. If you’ve found that your initial reaction is one of panic, you’re not alone. Many people immediately worry if their engine warning light comes on.

More often than not, though, there’s probably no need to be overly concerned. There’s nearly always a straightforward explanation for why your check engine light has come on. Later we’ll have a look at what can cause your engine management light to become illuminated, but first, let’s look at what it is.

What is the Engine Management Light?

The engine management light, or EML, is linked directly to the engine control unit (ECU) and lets you know if your engine performance has become impaired in any way by a number of factors. Your car has lots of sensors all around it monitoring various levels and, if one sensor notes a problem, it will relay that issue to the ECU which, in turn, will illuminate the engine management light in a specific colour to let you know that you should have your car checked by a garage.

What do the different colours mean?

The EML will be illuminated in different colours, each depending on how severe the issue is. A yellow, orange or amber light is the most common and is usually advisory, letting you know that there’s a potential issue with the engine performance. You are safe to continue driving your car, although you may notice reduced performance, but you should look to have your car checked at the earliest opportunity by your local garage.

A flashing engine management light is usually also amber and, again, lets you know that there’s a potential issue with your car that you should have looked at as soon as possible. It’s safe to continue driving so you can continue your journey and book your car into your local garage as soon as you can.

A red engine warning light tells you that you have a potentially serious problem, possibly a complete failure of one or more things that can result in damage to your engine if you continue to drive. You should stop the car and call your garage immediately to have the car recovered and checked as soon as possible.

What can cause the Engine Management Light to illuminate?

There are a number of reasons why your engine management light has become illuminated, but here are some of the most common causes, in no particular order.

One of the many sensors monitored by the ECU, the oxygen sensor measures the amount of oxygen that goes unburned in the car’s exhaust system. A failed O2 sensor will cause more fuel to be burned than is necessary. This, in turn, will dramatically lower the car’s fuel efficiency. You can still drive your car with a malfunctioning oxygen sensor, but your MPG figures will suffer until the issue is fixed.

An illuminated EML doesn’t always highlight a major problem, sometimes it can be as simple as your petrol filler cap being loose. It’s easier than you think to fill the car up at the petrol station and drive away having not properly tightened the filler cap. An improperly fitted cap can play havoc with your car’s fuel economy and emissions levels, as it allows fuel hydrocarbons to leak out and pressure to be lost.

If your check engine light comes on, it may be worth quickly pulling over and making sure your filler cap is properly tightened. At the same time, you can have a look for any cracks or damage to the cap. A new filler cap is inexpensive and may fix your problems.

To help it remain clean and efficient, it may be worthwhile to occasionally take your car on the motorway. If it does fail, your emissions levels will increase, causing the engine management light to illuminate.

The mass airflow sensor’s job is to tell your car’s ECU how much fuel to add into the engine’s combustion chamber to match the amount of air flowing into the engine. These levels ensure that the car runs as efficiently as possible.

A potential failure of the sensor will cause your car’s fuel economy to increase and your engine to occasionally stall, as incorrect levels of fuel are being delivered into the combustion chamber. As the mass airflow sensor sits behind the air filter in the car’s engine bay, faulty readings or a total failure of the sensor are often caused by issues with the air filter itself.

You should have your air filter replaced once every twelve months to ensure that it is fitted correctly and working properly.

The Diesel Particulate Filter is a part that’s fitted to the exhaust system of diesel cars. As exhaust gases pass through the exhaust system, the DPF removes any harmful particles. These particles build up over time to form a sooty deposit that can start to clog up, causing the DPF to underperform.

When this happens, the filter sends a signal to the ECU. In turn, the ECU tells the car’s engine to start the DPF regeneration process, whereby extra fuel is burned by the car in order to increase the temperature in the DPF and burn all the deposits, cleaning the DPF. If the DPF fails, it doesn’t send those signals to the ECU causing power to be reduced and emissions levels to increase, resulting in the check engine light coming on.

Your car’s engine contains numerous vacuum hoses that help to control a number of functions, one being the lowering of harmful emissions through the car’s exhaust system. Due to the fact that these hoses are constantly exposed to extreme temperatures, they can easily become cracked, causing the part to fail. In turn, this can cause a specific sensor to inform the ECU of a problem, resulting in the engine management warning light being lit up.

The Exhaust Gas Recirculation valve controls the amount of nitrogen oxide in the car’s engine, helping to improve its efficiency. It does this by redirecting a portion of the exhaust gases back through the engine’s cylinders, where they are used again in the combustion process. The EGR valve can become stuck open or closed due to a build-up of particles, which will cause a fault, resulting in the engine management light being illuminated on the dash.

The fuel injector moderates the amount of fuel that is delivered into your car engine’s combustion chamber. Occasionally they can become clogged, which causes them to underperform or fail entirely. They also rely on the information received by the ECU from other sensors around the car, so failures in other elements can have an effect. As soon as the fuel injector stops working efficiently, the ECU will illuminate the engine management light.

A failing of the fuel pump will cause incorrect amounts of fuel to be delivered, causing the ECU to report a fault and the check engine light to become illuminated. Once the fuel pump does start to fail, it is likely that total failure will follow shortly after. With that in mind, although you can continue to drive your car, you should have the car checked at your local garage as soon as possible.

What do I do when the Engine Management Light comes on?

As you can see, there are a variety of reasons why the check engine light becomes illuminated and not all of them are potentially serious. Fortunately, the colour of the light usually gives you an idea of the severity of the problem, so you should automatically know that a yellow/orange/amber light tells you that it is safe to continue driving, whereas a red light indicates a much more serious issue that requires immediate attention before you travel any further.

Our advice is as follows:

1. Note the colour of the light which will indicate the severity of the problem.

2. Listen to your car – is it making strange noises?

3. Does your car feel any different? Does it feel sluggish, or is failing to respond as it usually would?

4. If the engine management light isn’t red and you feel comfortable enough to continue your journey, you may do so but ensure that you book your car into your nearest Stoneacre garage at your earliest opportunity to be checked.

5. If the check engine light is red, do not attempt to drive any further. Call your breakdown service and have them recover your vehicle to your local garage.

If you have noticed that a light other than your engine management light has become illuminated on your dashboard, make sure you read Dashboard Warning Lights Explained and you’ll find advice on a number of warning lights. 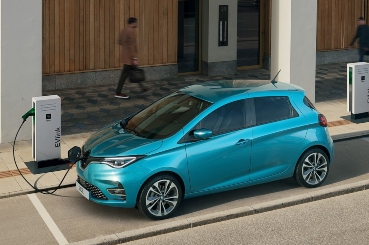 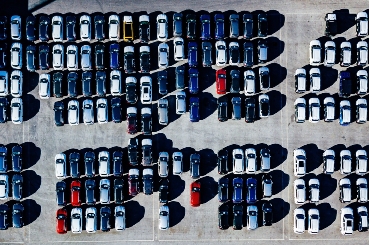 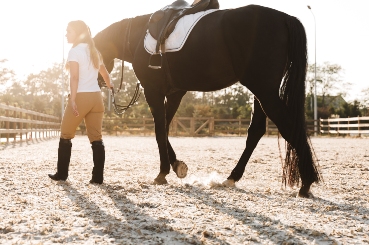